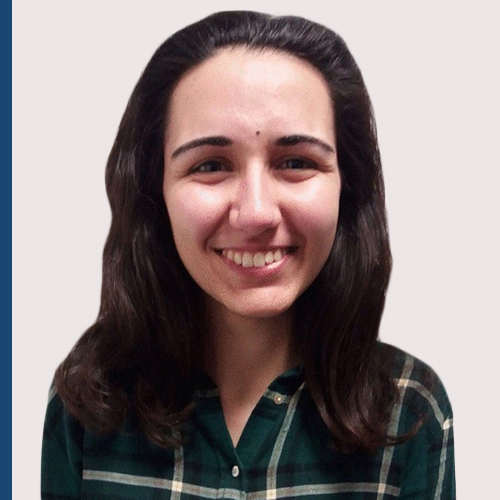 Favorite breakfast food: Anything cooked by my parents

Job in a nutshell: I work in a team that does database provisioning – this involves python development and automation

When Desislava Stamenova was 18, she started a tradition of writing letters to her future self, then reading them one year later. She's followed the tradition for about seven years now.

Ironically, for somebody who writes letters to be opened a year later, Desi says that she is not much of a planner...as she rediscovers whenever she reads one of her letters to her future self. “I'm always so certain that something would happen or not happen, and I'm always wrong. Always," Desi laughs. "I've given up on planning. Things always change."

Still, for someone who steadfastly refuses to plan, Desi's life has followed a surprisingly rewarding path. While in college, she interned at JPMorgan Chase twice, first as an undergraduate and later as a graduate student in software engineering at the University of Southampton. After she graduated—with first class honors—she started working as a fulltime software engineer for the bank. And, as with so many other things in her unplanned life, she's thriving.

How would you explain your job to someone who doesn't know anything about it?

I work in a team that does mainly infrastructure work – more specifically, we do automated database provisioning. Basically, someone orders a database, and there are certain steps that have to be done—things like requirement gathering, software development, and process automation. We do that. 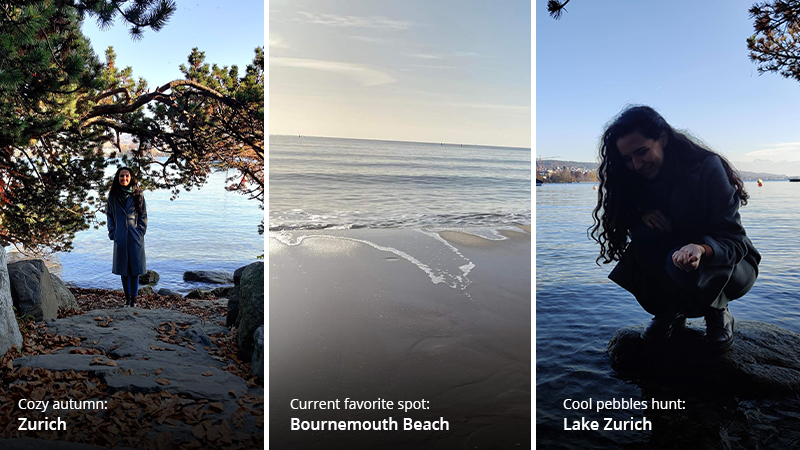 It was the people and the opportunity to grow. After my first summer internship, I realized I was learning a lot that I could use in my university coursework. I thought, “Wow, all this stuff, I learned in 12 weeks." I also realized that I was working with good, smart people. And I thought, “OK, I want to go back to these people. I'm learning so much."

But it goes beyond that. The people I work with, my team, they're just wonderful. I'm doing well in my job because I'm surrounded by such great people.

What was your first impression when you came to work at JPMorgan Chase?

I was surprised at how casual it was. When I came here for the first time as an intern, I was really worried about the difficult transition between university and work. But it's actually quite similar—our campus actually feels like a university. We even have a lot of different societies and things you can do on the grounds. For example, I'm the co-founder of the office chess club!

I knew throughout my internships—I loved them. And, now that I'm here full time, I just love working with my team. They're a fantastic group of people. I'll give you an example. When I first joined the company, it came up in conversation that I like to play chess. People said, "Well, there's this other person who loves to play chess. Be sure to beat him." We ended up having a competition and, before long, we were talking about cofounding a chess club and having tournaments. We went to management and talked to them, and now we have a budget to buy chess boards and pieces.

The chess club has only been around for a few months, and we already have 70 people. We're hoping the London JPMorgan Chase branch will start one, and we can compete against them.

What do you think would surprise people about being a graduate software engineer at JPMorgan Chase?

I guess the most surprising thing would be all the opportunities I've had to be a great software developer and become even better. Apart from the amazing teams you can be part of, there are always workshops and study groups happening. You also get a lot of training and support from different internal tech communities.

It's very hard as a developer to hear from a client, “I need the code in two days." I get that it's important, but I want my code to be properly written. I have to go through testing, security checks, and then I can give it to you. So there's always this battle between delivering what a customer wants, but doing it the right away. I'm learning how to manage that balance—and how to push back when it's important to do so.

When I learned about the JPMorgan Chase internship, I thought, “How can I work for such a big company?" It seemed like a very unachievable thing. My advice to my younger self would be go ahead, sit down, relax, see what it requires, do it and then follow up. I was scared of the whole thing and not knowing what the process was, but it was simple.

Incidentally, I don't have to imagine what it would be like to talk to my younger self—I have a little sister who is where I used to be, and she's in the same field. So I try to help her, and I can see her worrying about what I used to worry about. Fortunately, she can see me doing my job, and so she knows she can do it as well.