Learning To Be Fearless: Nicole's Story

How an unlikely mentorship helped a young man find opportunities he never imagined.

My phone buzzed. As with every text message, I grabbed my cell immediately to read it. But this was no ordinary text. I looked down and read three words that suddenly meant someone's life was about to change forever:

As Ronni Lopez's mentor, I saw a young man of color work hard every day to achieve his highest academic ambitions. When he sent me that text message, I was extremely proud of what he had just accomplished. Getting admitted into college is no small feat.

But his story isn't ending. He is about to start his next chapter. This fall Ronni will be attending the University of California, Berkeley.

Ronni and I were brought together through The Fellowship Initiative (TFI), a JPMorgan Chase program that focuses on improving economic and social outcomes for young men of color from low-income communities.

A Different Type of Mentorship

Ronni and I didn't have the typical mentor mentee relationship rife with shared experiences. I am a Black woman and he is a Latino young man. We look different—and we were raised in very different backgrounds.

But as Ronni and I got to know each other, I realized we had more in common than I thought. We're both members of communities of color and we both intimately understand the challenges that this brings. We share a diversity of thought and background. And, from a personal perspective, we both believe in defying the odds and fearlessly going after what we want. We shoot for the stars.

But you need to learn to be fearless.

As a woman of color in banking, I know a thing or two about proving my worth. In my experience, it's one thing to know that you are enough, and it's another to overcome your own fears and do something about it. That's where my mentors have helped me thrive in my life—and that's what I hoped to do for Ronni.

For the past 10 years, TFI has helped increase access to mentorship, college preparedness and career readiness for young men of color, who—due to systemic barriers—often face significant challenges when it comes to advancing their education and careers. The program is especially important now, during a crisis, when inequality for communities of color is magnified.

A positive role model can be game-changing. When I met Ronni, it was obvious that he was a social, outgoing and brilliant young man. What was less obvious was how he planned to apply himself.

We worked through the stress of college applications, as we discussed the importance of goals and how to learn from the success of others. I shared my own career journey, hoping to inspire Ronni to dream big. After all, I could be an ally for him, but he had to muster the courage to rise above his surroundings on his own. 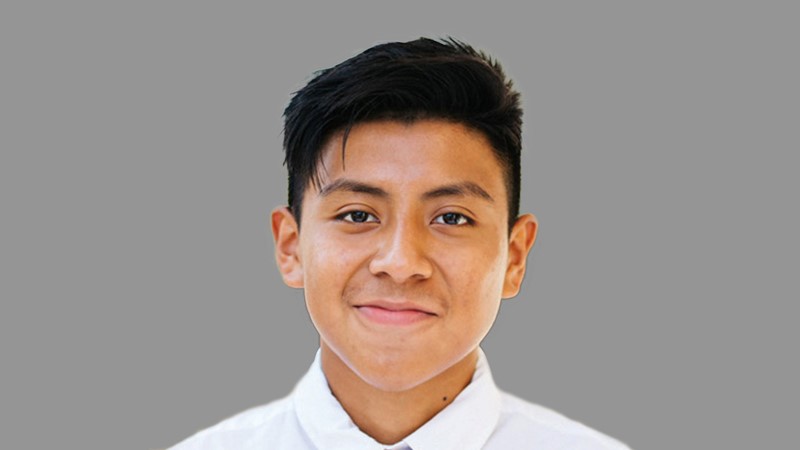 Ronni is from a tight-knit family and community. When he succeeded in life, his community rejoiced and supported him every step of the way. Not surprisingly, he was inclined to stay close to home when considering colleges, close to his support network and his comfort zone.

We worked through the concept of success and what it might mean for him and his community. We determined that his success was their success, so he not only owed it to himself to reach for the stars, he owed it to them. I stressed that, if he chose to look at schools located far from his native South Los Angeles, he wouldn't be abandoning the people who helped raise him. Quite the contrary, he would be elevating them. His success in life is their return on investment.

So when my phone lit up and the message read “I chose Berkeley," I got emotional. Because Ronni chose more than Berkeley: He chose to overcome his fears. He chose to reject negativity and to invest in himself, his independence and his future. He chose a path that will open up countless doors.

Ronni's journey is just beginning, but I know one thing for sure: Ronni's community invested in Berkeley's next rising star. And I can't wait to see the dividends.