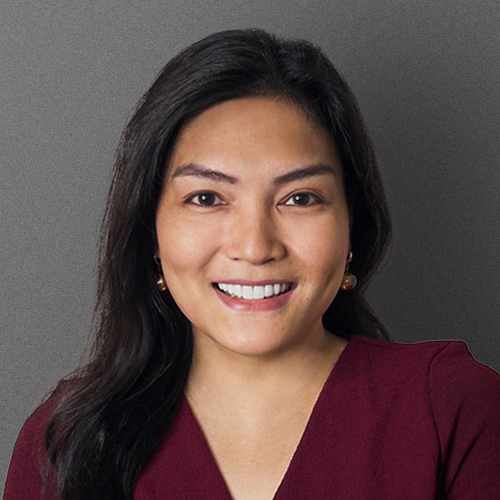 Coming out as transgender is difficult anywhere, but it can be especially hard for women like Rain Villagonzalo, who lives in the Philippines. She knows firsthand what it's like to be discriminated against and to miss out on equal opportunities because of her identity. Finding a job—much less, a job she loves—can be hard.

Making her transition was difficult. Moving to Manila for a job allowed her to begin her transgender journey anonymously. She was able to live her life as a woman. It was a great experience…until she was outed by a colleague.

Today, when she comes to work, she's regarded as a woman, and—finally—she can be out without discrimination. She knows she's a rarity in her world, a woman lucky enough to find a role model and build a life where she can be herself. Now she wants to pay it forward, so others in the Philippines will see that they can be successful while being true to themselves. She never wants another person to experience what she went through.

Who has the been the biggest influence in your life?

As I was building my knowledge of transgender advocacy back in 2007, I came across the amazing Lynn Conway, one of the pioneers in the U.S. transgender movement. She was with IBM, and was a victim of discrimination; IBM recently apologized to her. She really influenced me to pursue my career in Human Resources, which is quite rare because HR can be very traditional and conservative.

People like Lynn Conway made it possible to pursue a career despite the odds. Fast forward to now, where we're living in a world with plenty of out and proud VPs. Her story inspires me.

If there's one collective piece of advice I gathered from all of my mentors, it's always make sure your work ethic is impeccable. Despite being part of the LGBT+ community, despite the odds due of discrimination, if you maintain impeccable work, anything is possible. I've always adhered to that. Also, staying true to my core, always upholding that within me. That's really how I got this far, and I deserve to be here because of that.

At the very beginning, being out and proud was difficult. I am from Cebu, a city in the Philippines, and I moved to Manila in 2006. Because I was in a different place, nobody knew me. It was perfect: I enjoyed being anonymous, able to live in stealth mode because I was able to "pass."

It was a great experience until I was outed by one of my colleagues, and was forced out of the ladies rest room. The thought of using the male restroom crushed me, so I had to walk up two floors just so I could use a female rest room. It was heartbreaking.

Looking back, I really positioned myself to be an advocate for those who have been victims of discrimination and unjust treatment. It really propelled me to learn more about the transgender movement and be a role model because I don't want anyone else to experience that. It was a very humbling experience, but I came out stronger.

If you could talk to your younger self about working at JPMorgan Chase, what would you tell her?

I waited seven years before applying at JPMorgan Chase, because I was waiting for a role comparable to my experience. I wish I had been more persistent in really looking for job openings, even if it meant that I had to work at the entry level. My advice to my younger self would be to take the opportunity to join regardless of the level, and start from there.