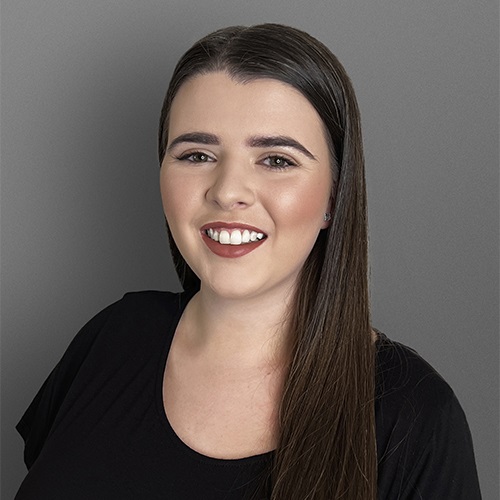 Adele Crawford didn't expect to be helping teach a class at her university barely a year after graduation—but then, she also didn't expect that she'd get a job in financial services right out of school.

It all started with an invite to a Women in Technology dinner during her second year at the University of Strathclyde in Glasgow. At the event, the young computer science student was able to speak to both recent graduates and managers at a prospective firm. They encouraged her to apply to the company's "Spring Week"— a week-long program designed to introduce students to the organization and provide networking and career-building opportunities.

"The application was about one page long, but I spent about three weeks on it because it was my first experience of a corporate company, so I wanted to get it right," Adele says, laughing.

She was quickly accepted.

"It was so much fun," she recalls. "We did all these fun challenges you don't actually do in your day-to-day job—like coding challenges—which are fun for students. And I really liked the company."

The company, it turns out, really liked her, too.

What's do you consider the most valuable piece of advice you've ever received and where did it come from?

My biggest bit of advice is don't be scared to ask questions. For instance, I was on a call a few months ago during which a colleague was talking about a project but kept using an abbreviation. I had no idea what it meant, so I had to Google. After the call, I said to everyone, "I didn't know what that meant" — and it turned everyone else on the call also didn't know what it meant. We had all been sitting, privately Googling it, because no one wanted to be the person that says, "What does that mean?"

The other bit of advice is about having a plan; I quite like to have a plan. But I was talking to a mentor about my career plans and he said, "You need to think about why you want to do those things." He explained that I should not just think about whether I want to do something in my career, but my reasoning for wanting to do that.

He asked me: "Are you looking for job security? Are you looking to get your name out there in the tech community? Because you enjoy it? Because it's a passion project?" So now, in the back of my mind when I'm planning future steps, I'm always thinking about why I want to do something as opposed to just trying to hit certain targets by certain dates.

When did you realize that you were on the career track that you wanted?

Quite early after I started on the Software Engineering Program — around October or November— our manager said that there was interest in redesigning our website. Another recent graduate and I ended up running a brainstorming session with the rest of the team, helping figure out what we liked and didn't like, as well as how we could improve the site in general.

It was kind of crazy to be only two or three months into the job and be taking a lead on sessions like this! But because I work in such a small team, I got a lot of responsibility quite early. I've known friends at other companies that spent the first six months just learning, without even touching their software, whereas I was releasing code.

It was quite good to have that responsibility, and I've had a good opportunity to learn quite quickly on the job.

What has surprised you about working in the corporate world?

I think people assume the corporate world is always very serious, or that you're working long hours all the time. But it is totally not like that here: My office is quite relaxed: everyone is in jeans, T-shirts and hoodies most of the time, though I know that in some other locations, everyone wears more formal attire .

And there's also where it's taken me: Six months after I joined my current company, I got involved with a team that delivers a university program in Glasgow, helping out in labs and lectures. Considering that I'd just finished my degree, it was bit strange to be going back in a teaching role!