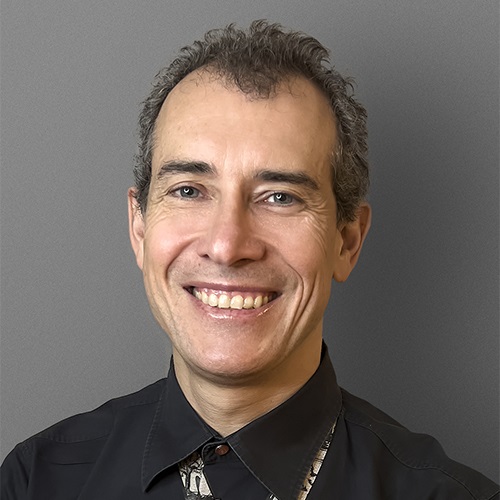 Growing up behind the Iron Curtain, Mark Novak remembers getting excited by the smallest hint of life in the West. When exchange students brought Bic pens or bubble gum, it was like seeing an artifact of another world—after all, for him, going abroad was about as likely as landing on the moon. When his family finally escaped, they moved to Canada and began a new life with only $60 apiece.

And it was a new life, full of new opportunities. Years later, while attending the University of Toronto, Novak stopped by a tech recruiting booth and submitted his resume in order to get a Koosh ball—another artifact of a new world. He ended up getting a job too, which led him on the path to his career in technology.

Where do you hope to see yourself in 10 years?

I never want to retire. When humans stop being productive, when we retire, we die. My plan is to keep working. The nature of the work I do trains your brain, you have to be actively thinking all the time. I want to do more of what I do. I want to invent new technologies and see them built. And as I get older, I'd like to incorporate more mentoring and teaching.

What's the best piece of advice you've ever received and who gave it to you?

A mentor of mine from New York once shared that business is about relationships. People will spend their day working, and then after work they meet for a beer. The building of trust, relationships, comradery, is culturally a very big part of work.

What path—and decisions—brought you to this point in your career?

While I was working my first job in tech, I earned a Masters in Computer Science from University of Washington. A professor introduced me to cybersecurity, which became my career. I worked for a while on the Windows core security team, then worked on Xbox One for a while. About 15 years ago, I became interested in the idea of confidential computing, and that led me here.

When did you realize that your life was on the path you wanted?

I like understanding money. I got my MBA, and I'm generally interested in markets and finance. Money is a really weird concept, and it needs a lot of cyber protection. When I started working at JPMorgan Chase, my manager asked me to look at the controls we use to protect our data. It's a huge topic—we have 5,500 pages of written regulations, and are regulated by close to 100 regulatory bodies, all with different rules.

After reviewing our controls, I realized that there's a problem—we're taking an algorithmic problem, and putting it in the hands of vulnerable human beings, who can make mistakes. I realized that we could solve our problems if we take applications and model them in a certain way. We built a prototype for that model, and got the green light for it.